The first record I produced on my own, Triumph & Symphony was an exercise in extremes. I made the conscious choice to not restrict the songs to any particular genre. It's a long, dense record (17 songs, 18 if you include Civil War II) that is stylistically all over the place. My goal was to kitchen-sink all the ideas that were bubbling in my head during pre-production and to create arrangements that stayed loyal to how the songs were initially conceived.

The Arab Spring was happening during the writing of these songs. Although the Arab Spring has since evolved into the Arab Winter, I was deeply inspired by the uprisings and attempts at inverting oppressive power structures. I was undergoing a personal power inversion and upheaval in my own life at the time, so it was natural to write about these themes from a thematic and musical point of view that alludes to government, kingdoms, castles, crowns, and war. The production took this on as well. With military sounding drums, real horns and strings, and a chorus of voices (I believe Civil War has like 25 backing vocals... Enya has been my hero since I was a kid), I enjoyed incorporating my modest classical music childhood roots into writing these arrangements to create something as epic and symphonic as I possibly could. It was also a symbolic exercise, as I was working on developing a more integrated sense of self. By reaching into my musical past, I was forced to reckon with self-doubts and insecurities that I was ready to tackle. As such, I felt that it was important to recognize that not only the triumphs of life deserve a celebratory soundtrack. So do defeats. A sense of spirit and triumph for the peaks, as well as the valleys. It's not possible to stay on a high. We rise and fall again. So I put Overture, a variation on the outro music of Out of the Hornet's Nest, as the last track, because every end is just a beginning, and then we begin the cycle once more.

When Rome Falls is both a battle cry to those oppressed by an abusive, narcissistic, or oppressive person or regime, and a cautionary tale to those who think they can walk all over someone with no consequence. Balance isn't achieved through oppressors suddenly finding a conscience— it's found through those on the receiving end of the tyranny saying no. No more. Beware the breaking point of even the gentlest of souls.

Civil War has felt more prescient with every passing year. As social media has largely made a mockery of useful and productive communication between humans, I still don't know what we're heading for. It's worrisome.

It's notable that the emotional intimacy of Red Summer Berries precedes the sexual intimacy of Animal, and both are preceded by the insulated heartbreak and loneliness of My Lonely Parachute. Just like Both Feet In, a song about the relief of realizing that suicide will never be an option, is followed by Oh My Friend, a song about the reciprocity of friends who stick by each other, even during dark times.

Submarine sacks the fates, fires the genies, and abandons stupid superstitions on its mission for rational explanations. The Infinite Call tries to capture wonderment without religion or magical thinking.

The faulty radar in the exasperated Don't You Want to Marry Me? is followed by the acknowledgement, in See Yourself, that knowing thyself is the prerequisite to successfully discerning others in relation to who we are. By Love in Spades, there's a recognition of self-worth despite flaws and a willingness to try for connection once more.

And it was important that the last full song on the record be Sing You Lullabies. Rome falls in the opener, but there's a sense of power that gets shifted to the protagonist, and potentially another city to take its place. In Lullabies, a city is in ruins, and there's nothing to do but grieve and find comfort.

Revisiting the songs of this album (and Civil War II), I am reminded of the various influences that show up. Besides classical music and Enya, I hear Queen (who better than Freddie Mercury could help inspire embracing life in all its glory, despite its inherent Sisyphean tedium in Crown?), Elton John, Radiohead, Depeche Mode, Annie Lennox, Russian folk music, Jewish klezmer, cabaret, classical music, middle eastern music, reggae, the Killers, Cocteau Twins, No Doubt, Bjork, the Shins, Sting, the Beastie Boys, and beyond. It really didn't matter to me what part of the music world even the tiniest element was inspired by, just that it fit the spirit of the song.

On a final note, the music video for Animal continued this exercise in extremes. The bruising on my face was makeup, but the beating my body took after thrashing around in the box during filming took over a month to totally heal from. (It was my idea; no one else was responsible for these excesses.) Ultimately, I needed to test my limits, take on a big challenge, and be as fearless as possible. Once I figured out my edges, it was time to discover what and where my middle was. I worked my way to the center of me through the next record, The Natural World. 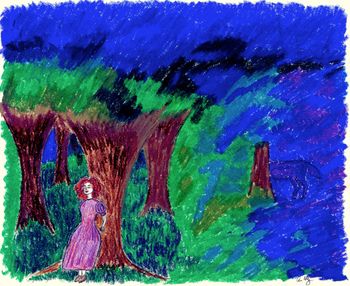 Don't You Want to Marry Me? 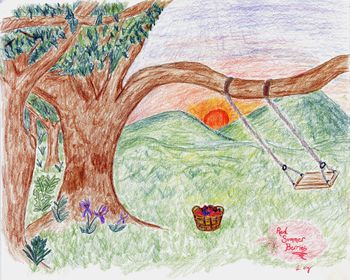 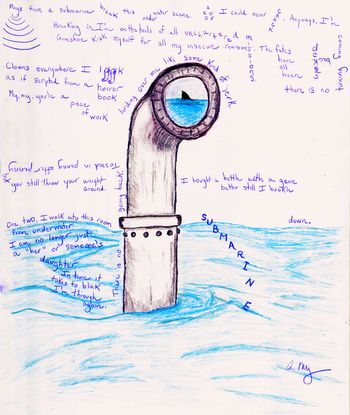 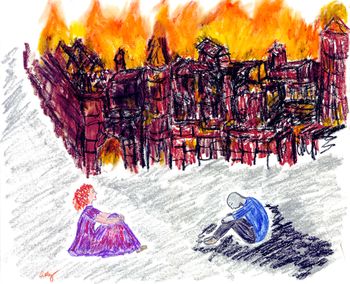