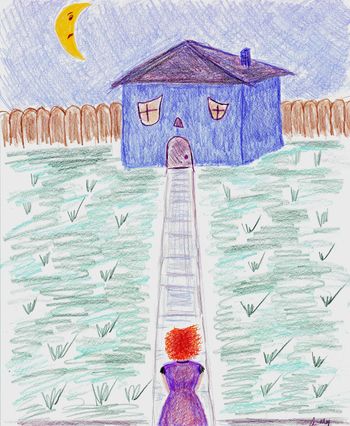 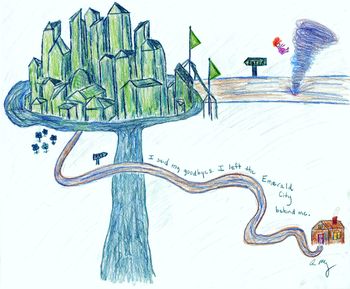 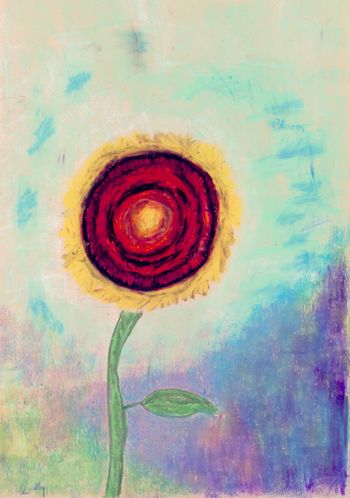 It took a number of years to develop the world more directly alluded to in Natural World. Incantation is a series of characters managing disappointments, catastrophes, and existential puzzles with varying degrees of success. Some are more resilient than others. Some are more stuck and angry or turning in on themselves. How to deal with lack of control of variables and outcomes is a perennial challenge of the human condition. This metaphysical geographical region, Witch's Grove, is a strange and insulated place. Kind of a forest, kind of something else. Compasses stop working here. Instruments malfunction. It's perpetually overcast and foggy, but not that foggy. It's cold, but not that cold. Nothing extreme enough to galvanize action. Nothing comfortable enough to feel good. You don't end up in Witch's Grove of your own volition. Although you'll want a magic potion to get you out of this place, there is no spell that can extricate you. No map, no shortcuts. Just you left to deal with what's there.

Musically, I wanted to reflect an eerie dream-like, dark music box quality. A sense of being trapped in the gears of a clock. Something machine-like and static at once. Post-punk was an influence for this... early Cure, Siouxsie and the Banshees, Joy Division. The record opens with Broken Artifacts. (It doesn't, but it should. That was my mistake.) The first lyric is "under the floorboards". Sometimes you survive by metaphorically crawling underneath. Sometimes being under the floorboards is a literal survival. Well, it's impossible for me to exclude my background from a record about existential distress. As an immigrant Russian Jew, the horror stories of life in Russia before, during, and after World War II were a normal part of everyday conversations growing up. Ultimately though, the song is an account of psychological paralysis and hyper-vigilance. There are countless ways a person can arrive at C-PTSD. What do you do with this frozen panic and fear; how do you negotiate this state. Emerald City is an obvious reference to the famous movie about a con artist "wizard" and a not-as-obvious reference to the nickname for Seattle. "I said my goodbyes, I left the Emerald City behind me" was a line I scribbled down on a piece of paper somewhere in the middle of Oregon on the rainy drive southbound. I lived in Seattle for a couple of years. Like Dorothy, I went there looking for magic but found a core part of myself instead. You don't need illusory ideas when you have that. Good Ideas mirrors this sentiment. While it might be intriguing to escape into Grimms' Fairy Tales, life is more complex than that. "But independent of all these things is life’s grim realities... Is in me the ability to rise above buoyancy?" A question for anyone stuck in Witch's Grove for the first time or the tenth time.

Rhea and Guillotine are inspired by Rhea of the Cöos (an unstable and bitter witch) and Susannah Dean (a disabled black woman with dissociative identity disorder from 1964) from Stephen King's Dark Tower book series. I did my best to give Susannah's song a Nina Simone flavor, both being Civil Rights activists and all. Whereas the characters in Pictures of Hope and Clinic seek meaning by giving hope to others either personally or professionally, Change and Sandbox chronicle how disillusionment and disappointment can result in withdrawal and isolation. Therapist's Office has the added sting of a character making themselves vulnerable enough to get help, but the experience making things worse.

Near the end of the record, Soundbyte introduces a sense of whimsical acceptance to a tough situation. This character is framing their own narrative and stitching together how to move forward past unwanted events. Bloom, how I should've ended the record, is the natural counterpoint to the paralysis of Broken Artifacts.

It can take a lot of work and time and stumbling around in the fog before an insight hits, but those moments are invaluable windows that become portals into the world beyond the strange perimeter of Witch's Grove.